With Admiral Finbar, First Sea Lord & Supreme Commander of Conch Military Forces at the helm, the Conch Republic Navy proudly boasts the largest sail-propelled navy in the world. Our Cannons Still Thunder… and… the legendary WOLF serves as our Flagship.

Throughout the year, the CR High Command hosts several spectacular annual events, including the Great Battle of the Conch Republic (CRIC’s signature even in Key West Harbor with attacks by sea, land and air) on the last Friday of April.

Humor, Warmth and Respect are among our highest values and are those values by which we measure our actions. The CRN Motto is Doing the Right Thing At the Right Time!

The Conch Republic Military has established military bases and outposts throughout the United States and all over the world. From Beaufort, NC, Hampton, VA, Cape May NJ and San Francisco, CA… to locations as far away as FOB Ghazni, Afghanistan. 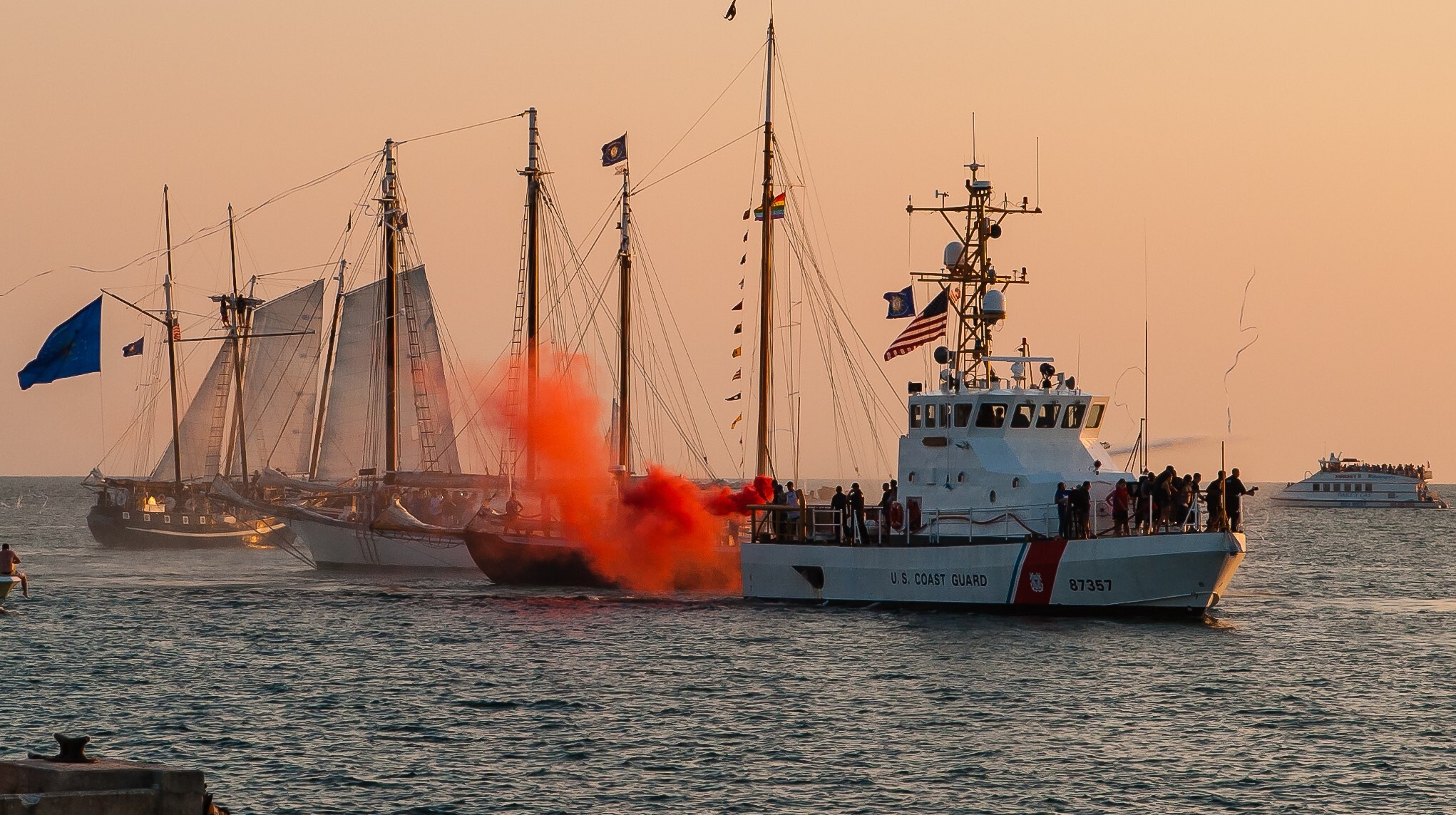 Conch Battle Hymn of the Republic

Right here upon our islands, where we love to live so free

And we went rolling on

We hoisted up our battle flag, so proudly and so high

And we went sailing on

We have faced the silly forces of misguided zealotry

They were setting up a check point, tween the mainland and the Keys

They had put a US Border, where it shouldn’t ‘oughta’ be

So that’s when we seceded, and declared our sovereignty

And the fun had just begun

The water and Conch fritters and the Cuban bread did fly

Our bombers, they were raining toilet paper from the sky

Our cannons they did thunder to proclaim our victory

And we fought bravely on

From Key to shining Key